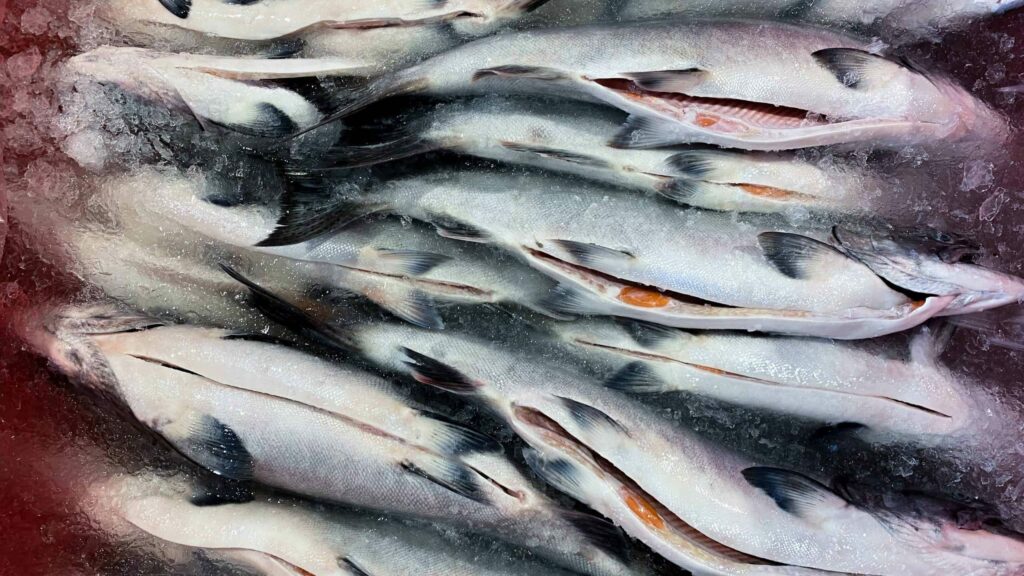 How is the fishing season opener decided?

The ocean king salmon fishery is managed by the Pacific Fishery Management Council. The council is made up of regulators and community members along the west coast. Below, we describe how the council decides to open Chinook Salmon fishing for the commercial season. The decision can be broken up into a 3 step process of sampling, modeling, and proposing.

The California Department of Fish and Wildlife is responsible for sampling the salmon population in two places: from boats and from rivers. The samples that come from recreational and commercial fishermen are used to project the population of adult salmon that will be in the ocean the following year. The samples from rivers (primarily Klamath River and Sacramento River) are used to project the number of salmon that escaped the fishery into the rivers to spawn.

Both of these types of samples are taken at multiple locations throughout a given season. Every major port in California is sampled during salmon season, as well as extensive spawner surveys in all major rivers and tributaries in the fall.

The sample numbers are entered into a predictive model that projects the population of the different Fall Chinook “stocks” in the ocean. The two main stocks of Fall Chinook are the Klamath River Fall Chinook and the Sacramento River Fall Chinook. The modeling is performed by members of the Salmon Technical Team (STT), a collaborative advisory panel to the Pacific Fisheries Management Council.

The salmon technical team uses the model outputs to determine how much of each salmon run will need to be preserved in each management area. This number is given to a salmon sub panel of the PFMC, which is comprised of fishing community members, including troll and charter fisherman from each state.

During the March PFMC meeting, an advisory panel called the Salmon Advisory Subpanel (SAS) proposes a season structure to the Council. The SAS is composed of troll, charter, tribal and conservation representatives from each state. The council then directs the salmon technical team to model the season structure and determine the impacts to fall Chinook and stocks of concern (i.e. threatened and endangered salmon stocks). The outputs of the model include impacts to each stock and the size of the spawning populations. The outputs must adhere to the Pacific Coast Salmon Fishery Management Plan’s conservation objectives.

After the March meeting, three alternatives are published for public comment.

By the end of April, the dates are finalized for that year’s upcoming season.